I’m an easy-going bum when it comes to updating my blog, which is exactly how I like it because my life is full of distractions. Not great if you’re easily distracted. With the Mister International 2007 series of posts, I feel committed. :-P And I’m ignoring most other things, like answering emails.

So here’s the last item from the programme for the Main Event , or technically it’s the first, but I’m playing it in reverse. This is when all the contestants first stepped out on stage.

National Costume is never strictly “national costume”. It’s more of a creative interpretation of the country’s traditional costume, thrown into a blender with icons and symbols that is unique to them. Or none of the above. I don’t know. I don’t pay enough attention to beauty pageants. 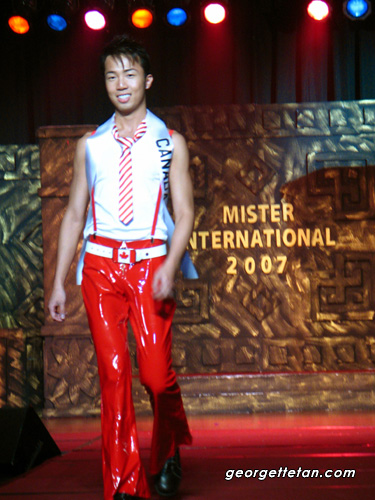 Lawron â€˜Lawrenceâ€™ Leung of Canada: I’m not sure when latex pants became the national costume of Canada, but then again, a tuque and parka (or so says this page) is equally “eh?”

Berni Madrigal Alguera of Costa Rica: The traditional costume of Costa Rica is similar to those in Central or South American countries, so it’s just kinda familiar and simple and not very remarkable.

Amr Samaha of Egypt: Amr in a modern mash of what Egypt will always be known for. What you don’t see in this photo is the huge red ankh on the back of his cape.

Aristotelis Spyridon Bolovinos of Sparta Greece: His costume merits two photos. Huge cheers from the crowd when he pulled the helmet off. 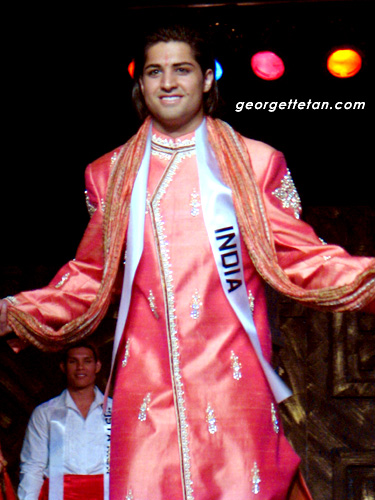 Nikhil Dhawan of India: By default, India has awesome costumes. No exception here. And in pink! 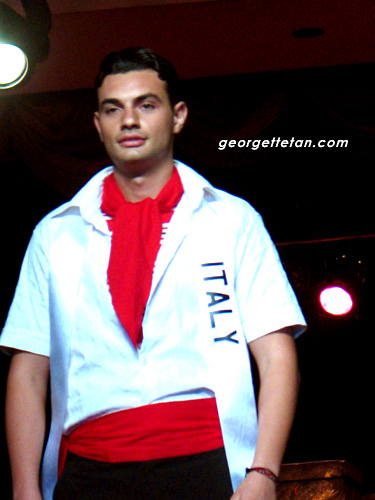 Raffaele Merico of Italy: Who is teh serious. And apart from the red scarf, his costume looks similar to Costa Rica’s. 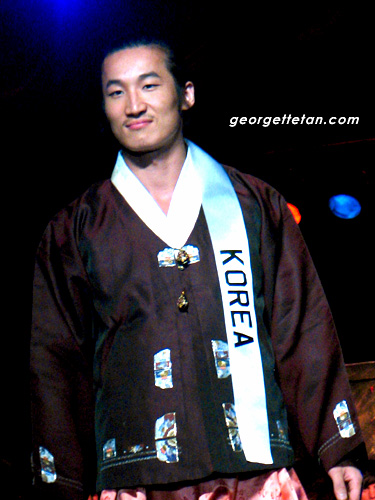 Oh Jong Sung of Korea: Looking very proper and absurdly demure, which belies how bouncy he really is in person. 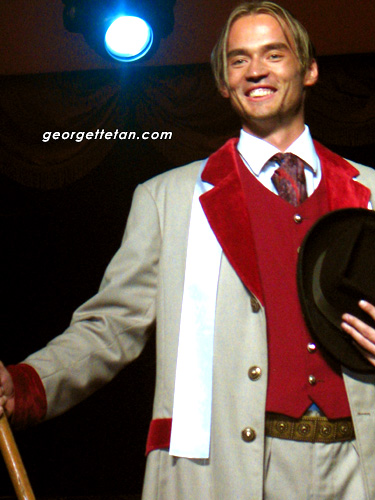 Armands Berzins of Latvia: This guy made a subtly dramatic entrance. Does that make sense? He posed with a flourish at the entrance, but you’d only notice if you were not busy checking out Jong Sung’s ass when he goes back up the stage. 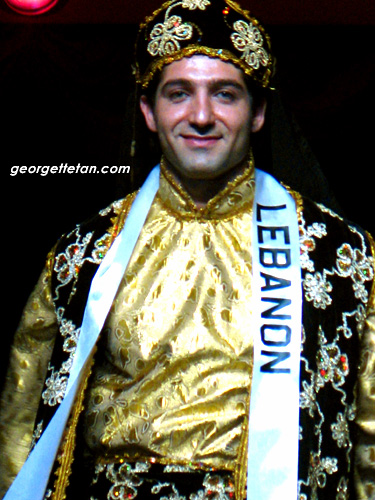 Bassel Abu Hamdan of Lebanon: Whose costume is all shiny and bejewelled under a dark over-garment. He picked up Best National Costume. 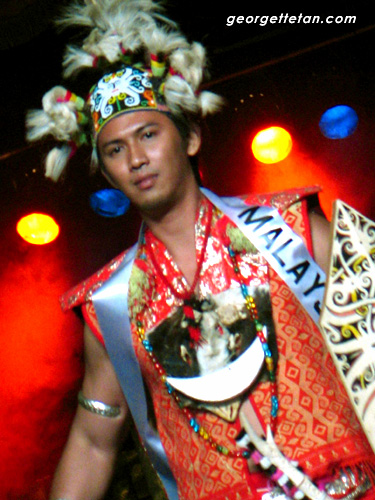 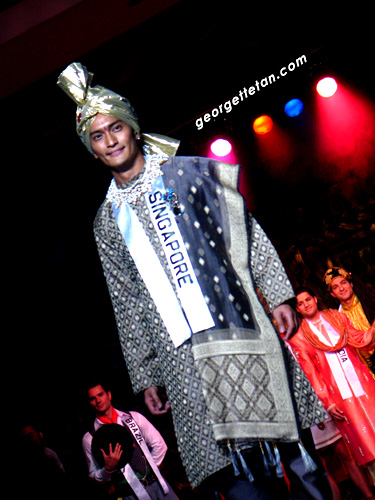 Gabriel Goh of Singapore: I honestly never wondered what Singapore’s national costume is. Apparently it’s the Punjabi suit, or at least, that’s the costume adopted by Singaporean Indians. 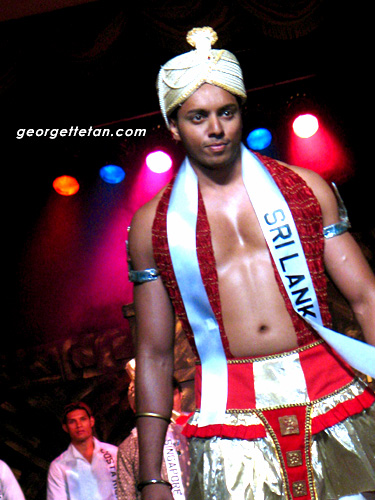 Amila Karunanayake of Sri Lanka: Is anyone else thinking “snake charmer”? 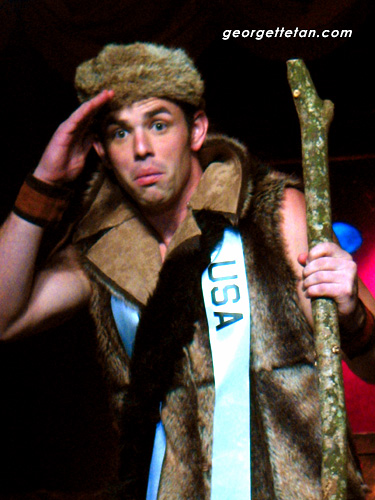 Jake Hill of USA: I certainly didn’t know he was about to make a dorky face. I sense that this is going to hit the “caption this” threads. Sorry Jake! 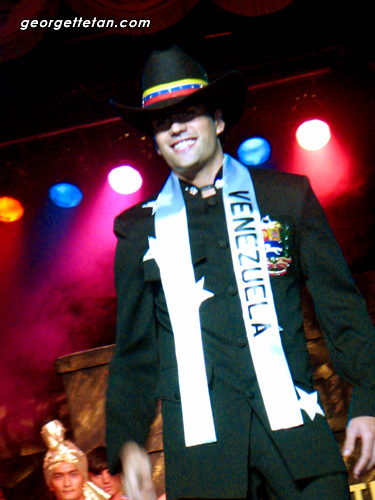 Alberto Garcia of Venezuela: Alberto is all teeth under that hat.

The end! Extralicious posts may come after I’m done with my work this week! 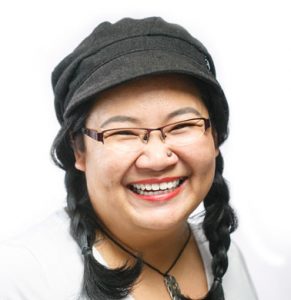